If you need spare parts for hydraulicThe use of liquids to transmit force and energy. pumps and motors, we are the right partner for you. We supply the required parts of many common types quickly, all of the highest quality. We are also happy to repair faulty hydraulic units.

A glimpse into our warehouse...

We stock the following spare parts for you: 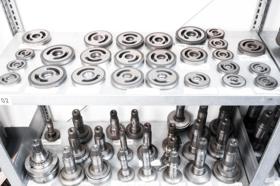 We supply spare parts for nearly all brands, including:

Do you have any questions and/ or can’t find the right spare parts straight away? No problem, get in touch with us and our team will help you as quickly as possible!

Alternatively, you can find more information on spare or new parts under the heading Hydraulic Pumps or Hydraulic Motors and then on the relevant type pages.